7 Most Difficult Languages To Learn in The World 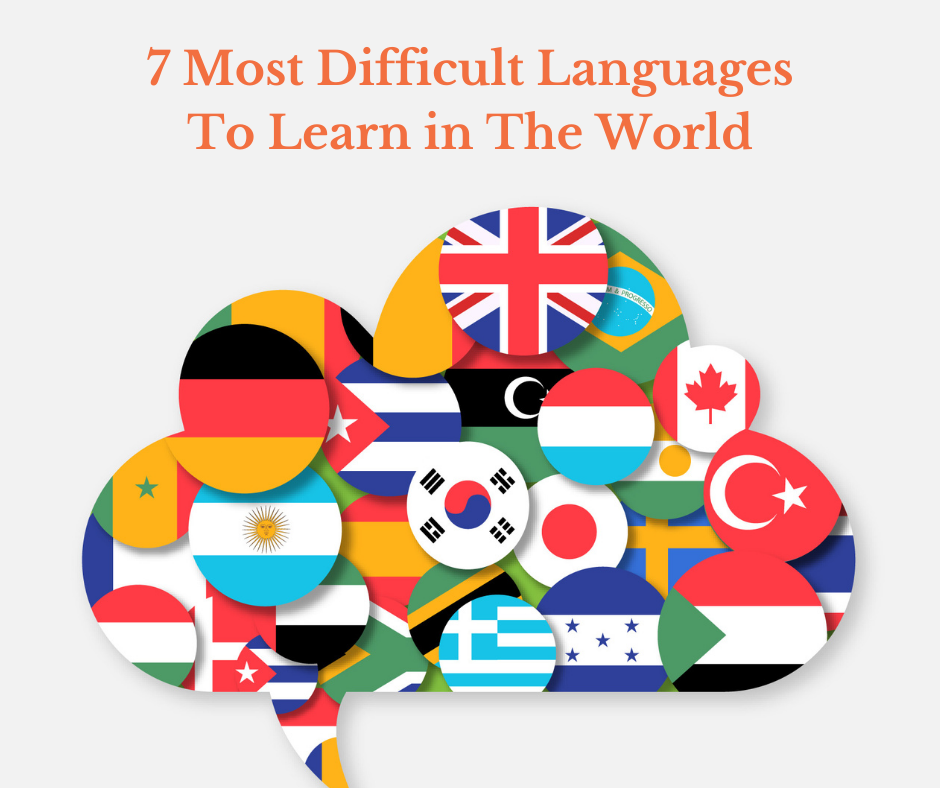 When we learn a new language, we open new avenues for ourselves. It is especially true when we are learning a foreign language. But have you ever thought about which are the most difficult languages to learn in the world? Let us have a look.

7 most difficult languages to learn in the world:-

Japanese has over 125 million speakers all over the world. It is difficult to learn because of its complex three writing styles. These are Kanji, Katakana, and Hiragana. It also comes with a contextual format.

The Korean language has around 75 million speakers in the world. Though the sentences and words appear easy to master, the syntax and the verbs, along with pronunciation, make it a difficult language to learn.

Mandarin has 1.2 billion native speakers. It is on our list of most difficult languages to learn because of its nature as a tonal language. If you change the tone, you will change the word’s meaning.

Hungarian has 13 million native speakers. One thing that makes it different from other European languages is that it is a Finno-Ugric language. And also, the word order is different from that of English.

There are 50 million Polish speakers in the world. An English speaker who is learning Polish will find it difficult to pronounce. It has a freestyle grammar system and additional letters that make it complex.

Vietnamese has 95 million speakers. It does not have much similarity with other Western languages. It is also a tonal language.

Russia has over 150 million speakers. It is a difficult language to master because of its spelling and pronunciation.

If you want to learn and master these 7 most difficult languages, you can contact Cambridge Institute, Mumbai. Its main locations are in Mumbai, Andheri, Kandivali, and Ghatkopar.